Also known as “The Crypt of Original Sin,” the cave had already been inhabited back in the Paleolithic era.

When Benedictine monks got to the trail of Pietrapenta, near the southern Italian city of Matera (also known as “the subterranean city”) around the 9th century, they decided to settle in the abundant caves found in the slope of a rocky ravine locally known as La Gravina. These caves had already been inhabited back in the Paleolithic and Neolithic eras, but one of them is now known as “The Crypt of Original Sin,” a church so intricately decorated with mural paintings that is considered the Sistine Chapel of rock-hewn churches.

The crypt itself was almost forgotten and neglected for centuries, and it was even used as a refuge for shepherds, who would refer to it (according to the post published by Atlas Obscura) as “the cave of the 100 saints,” due to the abundant paintings covering its walls.

Here, one can “read” the biblical history of Creation, but can also appreciate the images of the apostles Peter, Andrew, and John; the Archangels Michael, Raphael and Gabriel; and an image of Our Lady. One of the wall paintings images, depicting Adam and Eve and the snake around the Tree, gives the crypt its name.

Nowadays, the crypt is one of UNESCO’s World Heritage Sites.

Grateful appreciation to VisitMatera.it for the great images. 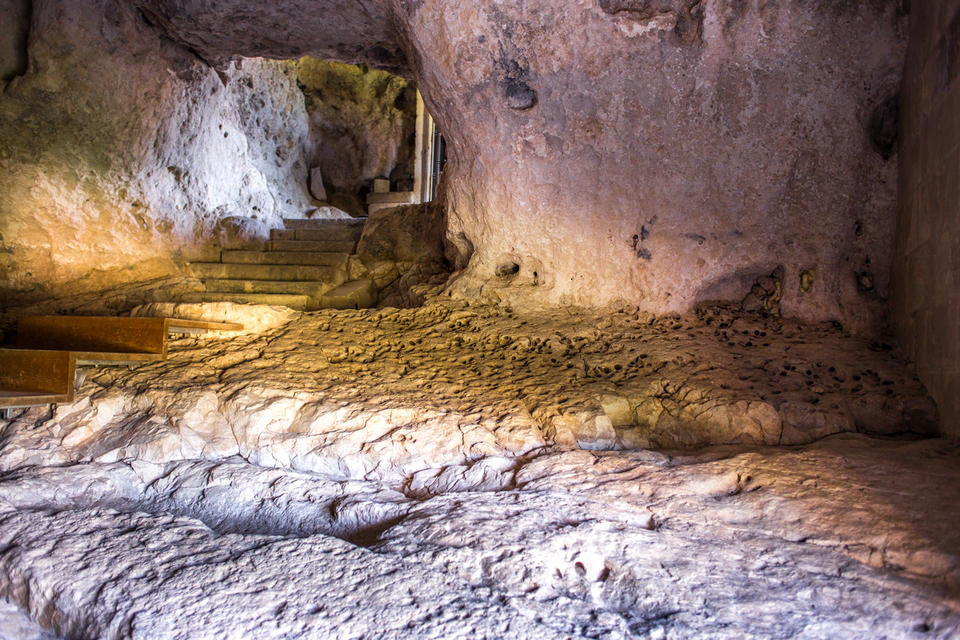 Enjoying your time on Aleteia?

Articles like these are sponsored free for every Catholic through the support of generous readers just like you.

Thanks to their partnership in our mission, we reach more than 20 million unique users per month!

Help us continue to bring the Gospel to people everywhere through uplifting and transformative Catholic news, stories, spirituality, and more.

Support Aleteia with a gift today!